Amphosynthyl, a combination of geneserine and genatropine. The indole alkaloid geneserine (also called eserine aminoxide) has been initially isolated from the dried ripe seeds of the fabaceous plant Physostigma venenosum (calabar bean) in 1915. It is a reversible inhibitor of acetylcholine esterase, derived from eserine (known as physostigmine) which is also an acetylcholinesterase (AChE) inhibitor. Geneserine presents a 1,2-oxazine structure which readily converts into the N-oxide tautomer under acidic conditions (scheme below). It is a cognitive enhancer, used to improve memory and as a tranquilizer. The drug contained also genatropine (atropine N-oxide), a metabolite of atropine used to treat digestive troubles. The drug Amphosynthyl® combined geneserine salicylate and genatropine chlorhydrate, formulated within granules. It was prescribed for the treatment of functional dyspepsia, a gastrointestinal condition characterised by predominant postprandial distress syndrome. Amphosynthyl® was recommended to avoid vomiting, vertigo and aerophagia. The drug was removed from the french market in 1996.

The illustrations reflected the two main drug  effects: the restoration of a gastrointestinal equilibrium and a weak tranquilizer. Illustrations of the product can also in found in older adverts (from the 1940s) with a drinkable solution of the drug (elixir and drops. 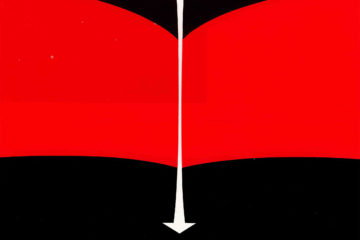